The “Buy In Ohio” campaign is a new, statewide initiative aimed at encouraging Ohio consumers to patronize retailers operating within the State.

“Businesses both large and small have felt the impacts of COVID-19, and many of those challenges are ongoing”, said Mr. Gough. “The holiday shopping season is the most important time of year for many retailers and this year even more so. That is why we launched this effort to encourage consumers to support the businesses that operate in our communities.  The goal is to keep Ohio dollars in Ohio, supporting businesses that provide the vital goods and services to us all.  The health and wellbeing of Ohio’s consumers and workers is a retailers’ top priority. Retailers of all sizes offer the ability to shop online, pick up from the curb, contactless pick up, and of course a safe shopping experience in the store.”

The Council reports that approximately $30.5 billion is spent annually on goods purchased from retailers outside of Ohio. “If 10% of current out-of-state dollars were redirected to in-state purchases, Ohio would benefit greatly,” Gough added.

According to a study published by the University of Cincinnati Economics Center, if an additional 10 percent of out-of-state retail purchases were made in the State of Ohio, then:

Founded in 1922, the Ohio Council of Retail Merchants is Ohio’s oldest and largest advocate for the retail industry, representing more than 7,000 retailers across the state. Ohio’s retail industry accounts for 18 per cent of Ohio’s Total GDP and supports 1.5 million jobs, 1 in 4 of all Ohio jobs, more than any other industry. For more information on the “Buy In Ohio” campaign, visit BuyInOhio.OCRM.net. 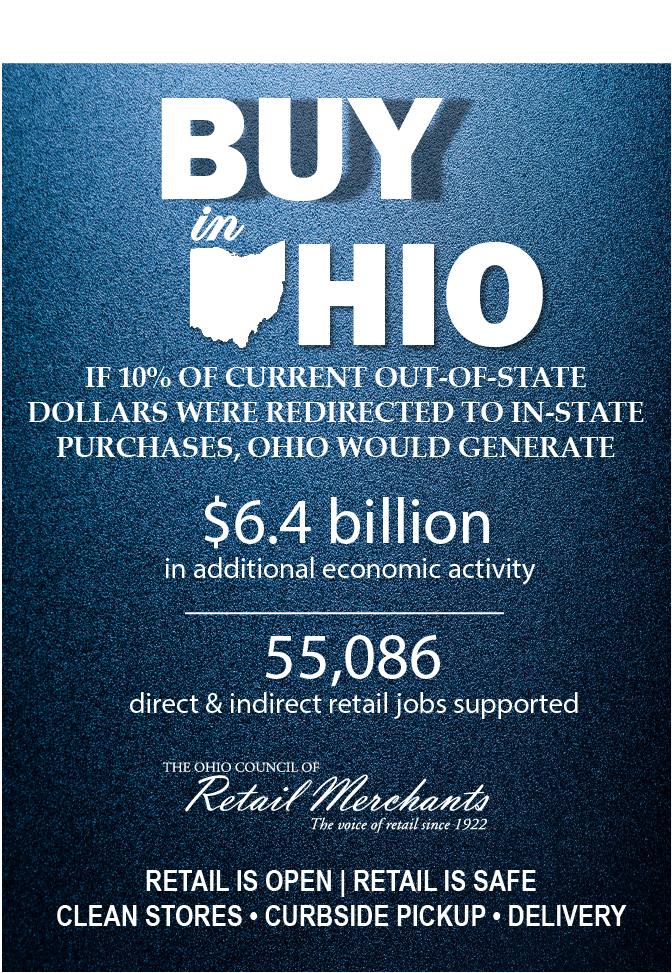 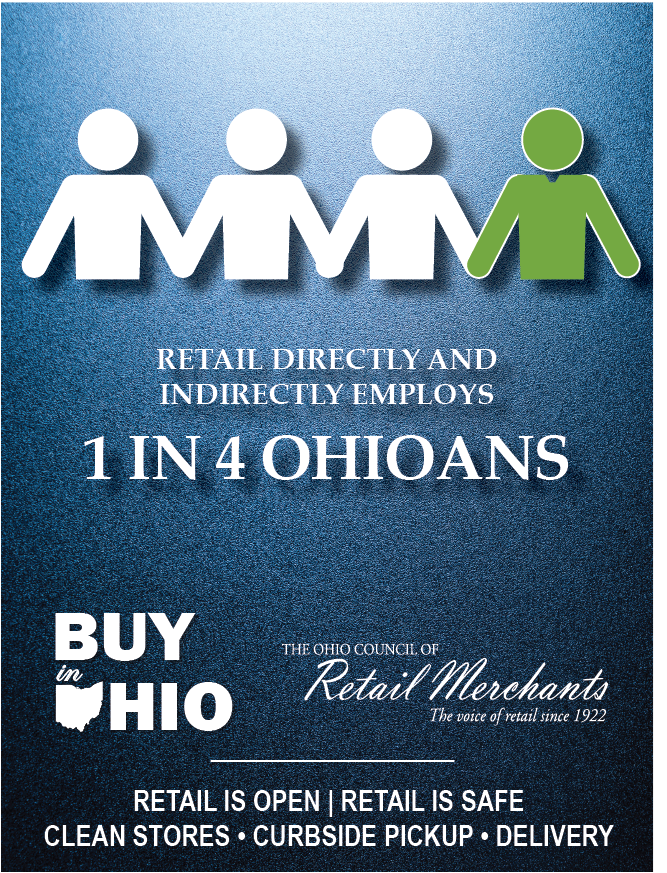